Well, I came across an awesome organization called Project Hope & Fairness. They do all kinds of good work helping African cocoa farmers, but there was one thing they did that really inspired me. Apparently, Green Mamba snakes are venomous snakes that live in the cocoa fields. In Decembe 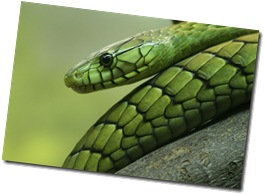 r, a team went and distributed rubber boots to the cocoa farmers. Read the story here. The village was so touched they asked if more boots could be bought for the neighboring villages.

The boots cost $10, which seems like nothing to us, but to them it is 13% of their annual salary. I’m not joking. A cocoa farmer makes roughly $77 a year. Buying a pair of boots themselves to protect their life is simply out of the question.

So, guess what? A team is going in August and if we raise the money, they will buy and deliver the boots! They will purchase them  in Accra and Abidjan and take them in t heir van to 10 villages. The goal is to provide each village with 40 boots. Think we can do it?! I do! (I know…I’m totally on fire for this project, it’s ridiculous) :)

It gets better. While I was researching traffic-free chocolate a few days ago, I came across the name Tom Neuhaus. He owns a company called Sweet Earth Organic Chocolates, and I thought he was remarkable because he travels to Africa each year to visit the cocoa fields and really cares about the people. (not to mention his chocolate company is one of the best for ethically traded chocolate) The articles I read about him basically turned him into a celebrity in my eyes. When Ernie, from Project Hope & Fairness replied to me about the boots, I couldn’t believe it when he told me Tom Neuhaus was the guy that gets boots for the African farmers! I was star struck. He cc’d him and Tom wrote directly to me! As if he already doesn’t do enough, he is donating chocolate for us to use in our efforts and giving us an awesome deal to purchase chocolate to sell! Thank you so much, Tom! You’re awesome!

Here is a great article about their trip last year. A man by the name of Stan Thompson joined them on the trip, but sadly passed away a month later. This story is truly inspiring. http://www.sanluisobispo.com/northcoast/story/357564.html

So, if you’d like to buy a pair of boots for a cocoa farmer, view my profile and email me. We’ll also be taking donations at the Issaquah Farmer’s Market on May 24th. Tell all your friends too. If we all help out a little, we’ll reach our goal in no time.

Marisa was telling me about the boots this morning. I have been thinking about it all day! I will definitely buy some boots and pass this on to my people. I have 4 relatives including my dad who work for M&M Mars, maybe they will be inspired to buy some boots too!

I'm in for a pair! I am going to post this on my blog too and direct them to you. This is SO, SO cool Amy!